Looking at the Iditarod competition as the teams make their way down the Yukon River, there are 20 teams still in competitive position, and it’s hard to tell who’s winning. Here’s some of the criteria I use.

Jessie Royer is leading the pack. She’s looked great for days, and I give her high scores on point 3, she’s got a long history of good finishes, and she’s from the Smyth brothers school of closing strong. I’m a little worried she’s trying too hard to hold her position. Jessie knows how to race from behind on the coast. This is a new experience.

Brent Sass and Joar Ulsom have run very smart races. They’ve been one step back of the leaders, so they’re not getting much attention, but they both know how to win and are right there.

Ryan Redington looks great on paper. He’s one of those I am skeptical of, but all indications this year say he could be the next 3rd generation champion.

Thomas Waerner is the scary one though. This is only his second Iditarod, but he won the two big races in Norway last year and was Iditarod rookie of the year. He knows how to win. And he’s the one the other mushers are talking about. He chose to take his 8 hour rest early, a big sign of strength after some strong runs. Robert Sorlie came from Norway to win on his second try, Thomas is setting himself up to do the same. He’ll leave his 8 hour in a few minutes with Bark and K2 in lead, with lots of teams to catch.

Mitch is doing great (disclaimer: Seavey’s IdidaRide is owned by Mitch Seavey), he’s into Ruby in 15th place. He hasn’t made any mistakes or had any real issues. At this point of the race, that’s all you can ask for, he’ll be racing the second half! 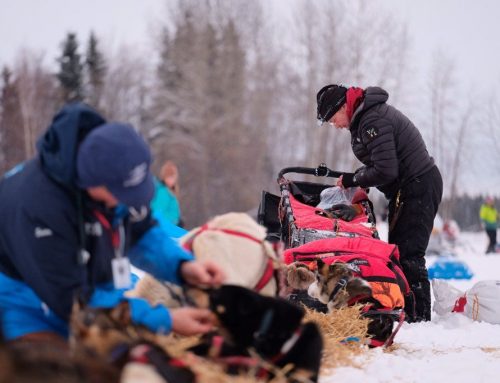