Sled dogs and mushers are nothing without their sleds.

Dog sleds are engineering marvels, designed over centuries to accomplish a variety of tasks, from hauling freight to gliding a musher toward a successful race finish. They are the fine point of an entire system created solely to travel over snow and ice. Historically and scientifically, dog sleds have come a long way since the first humans hitched up dogs and traversed the far northern reaches of the planet.

The concept seems simple at first; find materials for sled, build sled, hitch dogs, and go. But in reality, the most effective dog sleds are a combination of materials and physics , combined with an energy source, and bundled together, make for a swift, sure mechanism of travel.

Dog teams have several forces working against them; load weight, human weight, and snow type are some that appear obvious. But the hidden forces — runner friction against snow, terrain (uphill, downhill, or along a sidehill), and acceleration and deceleration (speed) on an uneven surface — are less visible, but even more important to address when building a dog sled.

The most traditional dog sled material is wood, but as the sport of dog sledding has evolved, so have the ingredients for effective, faster vehicles. Most of the dog sleds built and used today are a combination of plastic and lighter, more durable materials like carbon fiber, aluminum, titanium, or even leftover hockey sticks.

Plastic and nylon are also two materials used other purposes; runners and a bag. The runners, formerly made of steel for warmer weather and wood for cold weather, have now evolved into a highly-specific combination of watching outside temperature and adding or taking off plastic runner covers as conditions change. In the Iditarod Trail Sled Dog Race , mushers will send ahead extra sled parts to checkpoints, including runners, to make sure they have planned every possible trail condition along the way.

Sled sizes have also changed from longer, leaner sleds to a shorter, wider shape. This has advantages, speed-wise, for twisting trails and increases or decreases in elevation. But on straight, rougher trail, long sleds glide right over the bumps that a smaller sled would simply dip into, lurching out with an uncomfortable ‘thunk.’ Longer dog sleds also have far more surface area than a shorter one, and this can convert to increased friction, which in turn makes more works for a team of dogs. Mushers are constantly changing sled shape dependent on their goals for racing, working, or recreation; and every single ‘dog driver’ has an opinion.

Perhaps the most underestimated piece of equipment on a dog sled, but the most important, is the brake. Excited sled dogs create a tremendous amount of energy and power, and every musher knows to have a brake that will not only slow down his or her team, but stop it for good, as well. In the past, brakes were heavy, iron tools that looked really cool, but were heavy, awkward, and slowed down racing teams. Today’s brakes are lighter, sharper, and allow for a musher to stand on the back of the dog sled and apply pressure only when needed, and only at a rate he or she needs for the task at hand. Many mushers use sections of snow machine (snowmobile) tracks and old tire rubber to affix a brake to the back of a dog sled. Metal prongs dig into the snow with increased pressure, provided there is enough snow and surface area to allow it.

Some mushers consider dog sled construction an art form, and pour heart and soul into building a sled that mirrors their love for the centuries-old sport. Others rely upon the services of engineering firms, scientists, and peer experience to craft a sled sure to be the one to beat at an upcoming race.

But whatever the style, wherever the trail, it’s dog sleds that act as silent partners in Alaska’s state sport. Their historical and practical significance hold a place in the essence of a lifestyle mushers wouldn’t trade for anything. 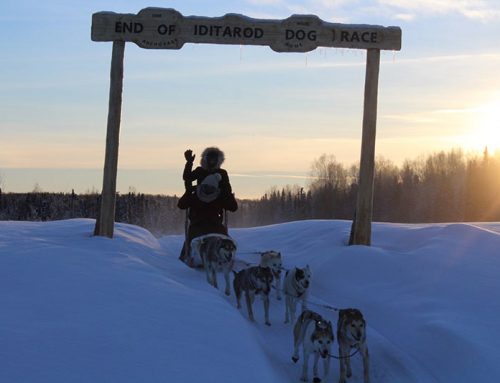 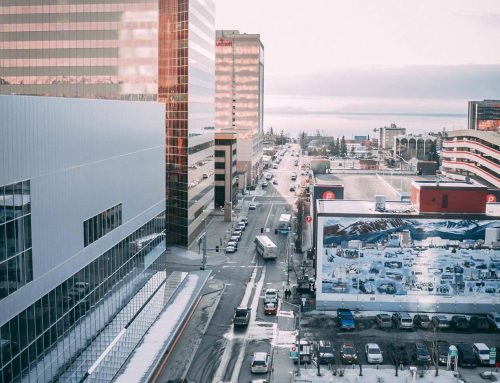 Take a Day (Or More) to Explore Anchorage