Almost everyone loves dogs. After all, they’re a man’s (and woman’s) best friend for good reason. Are you a dog lover? If so, you might be interested in the northern sport of dog sledding.

Though most people are familiar with dog sledding through the famous Iditarod Sled Dog Race, the first dog sleds date far back to 1000 A.D., developed by the Inuit People as a means of transportation. Once European colonists found their way to the far northern reaches of Earth, it didn’t take long for them to catch on to this innovative mode of transit.

With such an ancient history, it goes without saying that dog sledding has a rich past, with plenty of interesting twists and turns along the way. Here are ten dog sledding facts sure to intrigue, and inspire, dog-lovers everywhere..

In the mid-1700s, The Seven Years War broke out, involving all the major powers in Europe. Part of that war involved French and British disputes over territories in the Americas.

With French Canadians already well-versed in the utility of dog sleds, it was an obvious choice to incorporate them into the military ranks. Often better-equipped than horses to traverse a frigid northern landscape, sled dogs were invaluable for transporting cargo across Canada’s snow-swept plains.

Sled dogs are a pampered bunch. From birth to old age, sled dogs are carefully conditioned to preserve their precious health. The general rule of thumb is to allow a dog to run as long as its health is good and the desire to go is present. This means a team can be comprised of a mishmash of younger and older dogs. The younger dogs provide more power; the older dogs the wisdom from years on the trail.

3. Sled Dogs Helped Save a Town

If you’re at all versed in sled dog lore, you may be familiar with the character of Balto, a sled dog that helped save the town of Nome with his handler and canine teammates. true story

In 1925, the town of Nome, Alaska experienced a deadly outbreak of diphtheria among local residents. Unless treated quickly, the outbreak would soon spread among the population, likely resulting in the death of many.

Unfortunately, the nearest town with a serum was Anchorage, nearly 1,000 miles away. The closest medical teams could ship serum was to the Nenana train station, still 674 miles from Nome.

After some deliberation, the town decided to use a relay of dog sledding teams. The last team was led by musher Gunnar Kaasen and his lead dog, Balto. A blizzard struck on this final leg of the trek, making it nearly impossible for the musher to navigate and sending the temperature plummeting to -50 degrees Fahrenheit.

Balto knew the trail by scent, so well that he managed to guide the team the remaining 53 miles back to Nome over a grueling 20-hour journey. The diphtheria outbreak was narrowly averted due to the efforts of these brave dogs and men.

Young puppies spend their early days becoming socialized with their handlers; learning about group dynamics, recall, and being handled. A lot. They also spend the summers getting played with at our Seward kennel to familiarize them with people they don’t know.

By 6 to 8 months, the pups are strong enough to run beside harnessed teams, watching and learning from the “big dogs.” When first hitched to a sled, puppies are typically paired with a more experienced, patient dog, and usually, instinct allows the puppy to enjoy the sport it was born to love. By the time puppies are ready for an endurance race or freight run as part of a dog sledding team, they have often covered 2,000 to 3,000 miles in the course of training.

5. Sled Dogs Were Integral to the Klondike Gold Rush

During the Klondike Gold Rush of 1896, 20,000 to 30,000 prospectors flooded the Yukon territory of Canada after gold was discovered in a tributary of the Klondike River. Miners trekked the arduous landscape between Skagway and the Yukon, over treacherous Chilkoot Pass, in the hopes of striking it rich.

Sled dogs are well-equipped for the cold, with a thick “double-coat” consisting of a coarse outer fur and a dense, softer inner layer for insulation. Paws are protected by thick pads, and a fluffy tail allows for a nose cover while the dog is curled up in a ball when sleeping out in the elements.

The breeds most often used in dog sledding teams are Siberian Huskies and Alaskan Malamutes. These breeds are highly intelligent and easily trained, making them perfectly suited to their role. It takes a smart dog to be able to follow verbal commands in the often confusing environments of a long distance trek.

With an instinct to pull and run, sled dogs delight in their job.

While some dogs prosper living a leisurely life in a domestic setting, these dogs do best with daily exercise and open spaces to run. That said, most sled dogs are treated like family, with some mushers allowing for cozy couch time in front of the fireplace on occasion…

With work-led lives, sled dogs require ample nourishment to stay fueled. While domestic dogs of a similar size typically only require around 1,700 calories a day, sled dogs can easily consume up to 10,000 calories each in that same period. Some mushers feed a specially-calculated mix of kibble and proteins like chicken, salmon, or beef. During very cold weather, a mixture of hot water, proteins and kibble are cooked together to make a warming stew.

10. Each Dog Plays A Special Role

Sled dogs can and do change roles on the team depending upon dynamics, terrain, or musher strategy, but mushers know their dogs and which ones perform best in specific roles.

“Lead dogs” may not be the fastest dogs, but they certainly must be the most intuitive to catch subtle signals from the musher and direct the team behind them. A good lead dog works in tandem with a musher, setting a steady pace and providing team leadership. Directly behind the lead dog are two “swing dogs” that help navigate turns, especially helpful in deep snow or on steep trails. The middle dogs are “team dogs,” which sounds average but can be anything but, acting as the crucial power to the entire team. Finally, the strongest dogs are placed in the very back, closest to the musher, and are called “wheel dogs.”

Where to Live a Mushing Dream

Did these facts spark your adventurous spirit? If so, you’re not alone. Each year, thousands of eager would-be mushing students find their way to companies offering sled dog tours. Whether for an hour or a week, riding the runners behind a sled dog team provides a sense of unparalleled wild northern adventure… 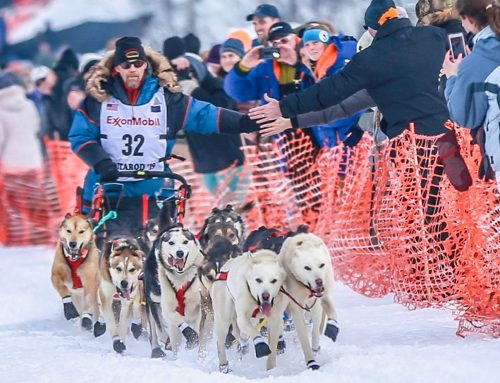 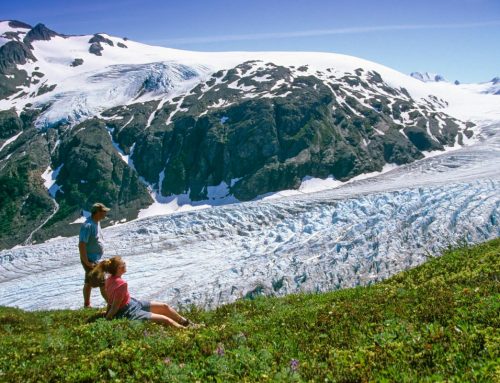 Friday in the Life of an Iditarod Musher – by Danny Seavey